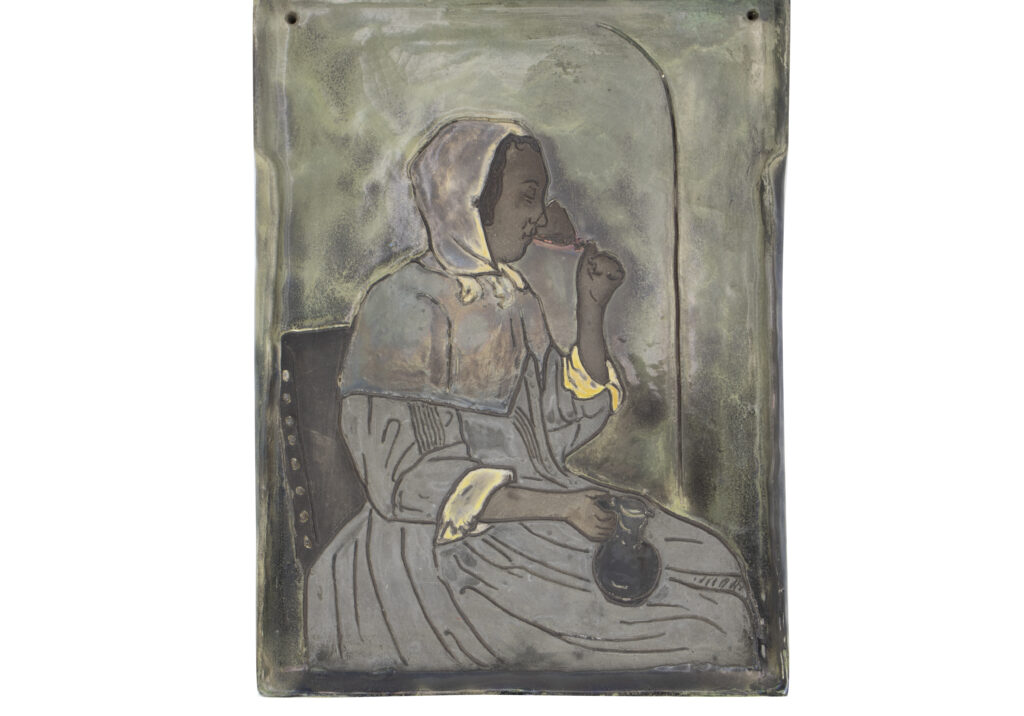 This special tile has been on display in our museum collection since 2020 in a technique we call ‘Jacoba pottery’. This technique was carried out from 1898 to 1910 and consisted of vases, tiles and plaques of Dutch clays, decorated with partly abstract, partly floral and figurative patterns after designs by Le Comte.

The relief images are etched into the still soft clay with the aid of a pointed stick and filled with color oxides and metal glazes, creating the effect of ‘Reflet Métallique’ on the red-brown firing clay.

Jacoba pottery is named after Jacoba van Beieren (1401-1436). According to a 17th-century story, Jacoba Van Beieren turns to drink after losing her power. The countess throws every empty drinking jug as waste in the moat of her castle in Voorhout.

That is why this medieval drinking vessel is still called Jacoba jug. At the end of the 19th century, Royal Delft started production of Jacoba pottery that resembles medieval stoneware in structure.