We were able to acquire Christmas tile 1949 so that the complete series can now be viewed. They are shown next to the other cloisonné tiles such as the war series, tiles with costumes, animals or e.g. the East Gate in Delft. 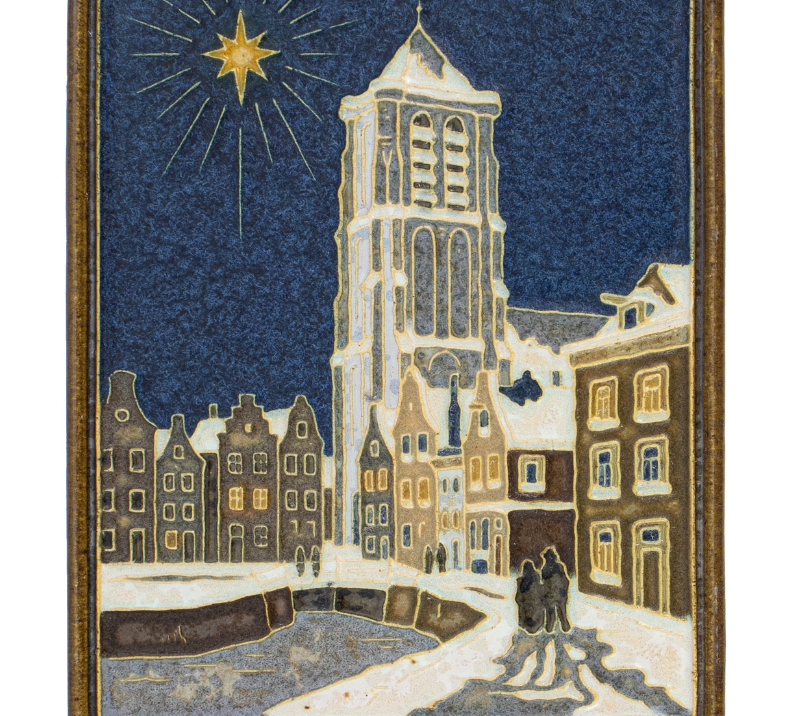